Equilibrium B118 'Echo' Loving ourselves and letting go of fear 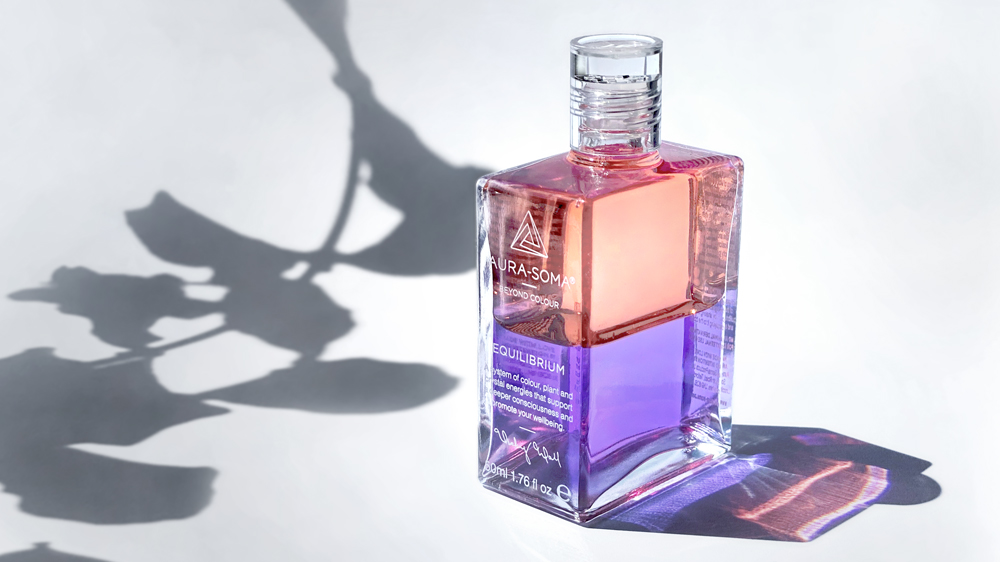 In the wake of this tumultuous, uncertain time, the arrival of Echo can support us in finding the gold within, loving ourselves and letting go of fear.

What do the colours mean?

When we look into the Pale Coral at Aura-Soma we immediately think of unrequited love and the story of Narcissus. Narcissus, well known for falling in love with his own reflection, was the object of desire of a mountain nymph named Echo. Narcissus went out hunting and when he became lost and alone, he cried out for his friends ‘Where are you?’. Having followed him into the woods Echo saw her opportunity to approach him however she could only repeat his words. In desperation Echo ran to Narcissus and threw herself upon him only to find her advances rejected and her love unrequited.

Many years previously Hera, wife of Zeus, had taken Echo’s voice, her ability to speak in a lucid way as she was jealous of her husband’s visits to the mountains and the nymphs who lived there. To avoid Heras capture and her jealous rage, Zeus called upon Echo to intercept his wife with her golden tongue. When Hera realised what Echo had done, she stole her voice and cursed Echo to only be able to repeat what she heard. In her actions Hera had thwarted Echo’s ability to later express her love for Narcissus.

Pan, who was used to asserting himself over the nymphs or the goddesses of the time, fell deeply in love with Echo, however Echo did not feel the same way and Pan’s love was also to become unrequited. Pan was so angry at her rejection he instructed his shepherds to tear Echo to pieces. Gaia, the Earth Mother, who had been witness to everything, knew everything that had happened with Hera, with Narcissus, and that had culminated with Echo’s murder at Pan’s behest, had a lot of compassion towards Echo. Gaia decided to commemorate Echo and her golden voice throughout the whole of her own being. Leaving a small piece of her in every corner of the Earth, in the wind, the trees, even in dark cold caves, so wherever we hear an echo we are reminded of Gaia’s compassion towards Echo, and the compassion we should have for each other and the being of the Earth.

When we think about this Story of Echo and the unrequited love of the Pale Coral and apply that to our own situation and think about when our love is most unrequited, we might see it’s often within ourselves. We find it so difficult to love ourselves as we bring so much judgement to ourselves. By making that unrequited love more conscious, by showing more compassion to ourselves and suspending the judgement of ourselves, then we might become more conscious in the relationship with ourselves. Judgement happens all too easily, it happens all too frequently and in that judgement we deny so much of ourselves becoming fragmented.

I feel that with Echo there is a synchronicity and a deepening of the process that began with Pan; with Pan we found an empowerment as the spirit in nature. Now Pan has another aspect, what we see in this bottle and the fragmentation of Echo is the potential of resolution going beyond the unrequited love.

The resolution comes in so many levels: The Pale Violet has always been a deep level of transmutation. This transmutation associated with the Master, St Germain, but it is also a transmutation at a cellular level. This situation that humanity’s been facing has a deceptive quality along with its own reality because of the fear that has been generated around something which is the opposite of the Pale Violet, the Pale Yellow, that fear, in its intense form has almost spread like a plague across the world. This fear has become a global phenomenon, as media, social media, all of the different ideas and opinions that have been expanded through all of these mediums and with all the different views that have gone along with it, the fear has been compounded. The collective fear has touched almost everyone and the Pale Violet, the opposite of the Pale Yellow, offers the antidote.

Our caring, warmth, compassion and love can make a difference within the space generated outside ourselves which we name “fear”. We’ve always said, love and fear can’t exist in the same space, increasing our awareness of this and the growth of the light body, becomes an antidote for what is happening at this time.