On 11/11 2019 Mercury passed directly in front of the sun; this happens approximately 13 times a century. This Mercury transit, along with the synchronous and fortuitous repetition of 1s make it a perfect time for our new Equilibrium bottle to arrive, B117, Pan, Turquoise/Red. Pan can be seen as an expression of a new consort to our last arrival in January 2019 Queen Mab. 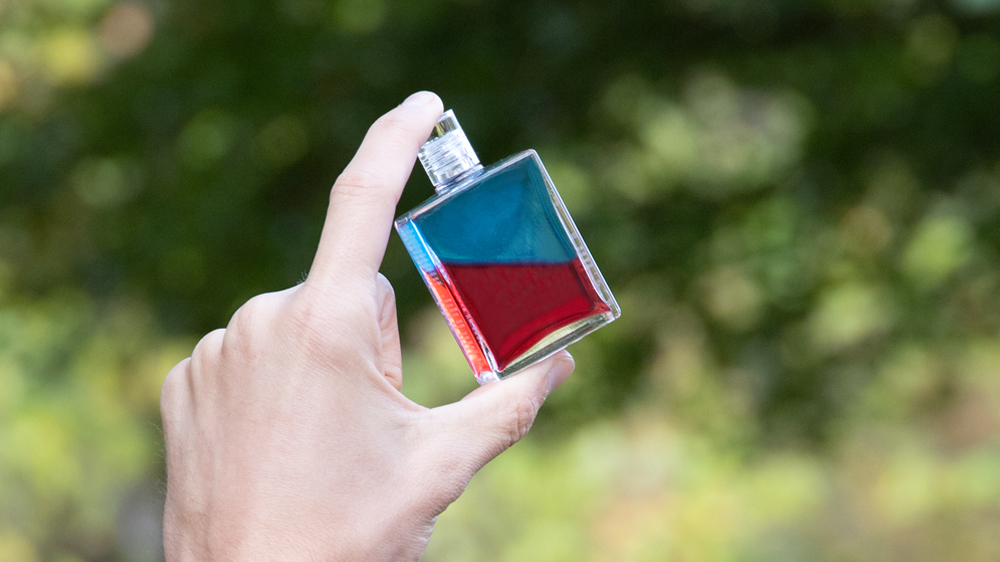 "The Turquoise is always the creative force as its principal aspect as well as an expression of the journey; it seems to me when it is linked with the Red that that creative force really comes to Earth. That we may manifest a creativity, that we may come to understand our thoughts and feelings, our Being and how they shape our own reality. The Turquoise we also think strongly of in relation to the journey of individuation and as more consciousness waves become available to us in the light grid upon the earth, it’s as though we can become grounded and can do so in a way that has been previously less available.’

In his ‘Hymn of Pan’ Percy Bysshe Shelley writes of a musical contest between Pan and Apollo. In the Greek Mythology, where Apollo is the god of music, Pan was attributed as the god of rustic music, of nature, of the wild, of shepherds and of mountains – his creativity comes from his senses.  This expression of the beauty in nature and using the senses to feel rather than relying on the intellect is further expressed within Pan’s pipes.

Half man, half goat, Pan is also very often associated with sex, often seen with a phallus. As we look at the red in the base fraction this sexual energy or kundalini energy cannot be denied.

Red energy is often associated with rage and it’s interesting that the word Panic comes from Pans rage when he was woken from his afternoon sleep. This awakening from slumber, the awakening from the dream, the awakening from another state of being can often be accompanied by a sense of rage, a sense of anger, a sense of being not oneself, for truly if it is that we begin to awaken then we face the unfamiliar, the void or emptiness, this combination really brings us to a different sort of awareness, the awareness that really has the potential of awakening.

Baruch Spinoza, a 17th Century philosopher published many works theorising on the divine in all nature, many would call him the father of pantheism. This spirit in nature is also something to be revered, something to be acknowledged and in our time the necessity for it to be resurrected. Queen Mab and Pan really call upon us in this re-evaluation."

Every Aura-Soma bottle means something different to the person who chooses it. Energetically connecting to your needs at that moment in time. The colours you are drawn to are the colours you need.